Marriage - How to make it work

- August 06, 2018
We, human beings, as a part of the ever evolving cosmos, are presently experiencing this existence in physical form.  Thus, birth, old age, sickness and death are inevitable to all.  Our ancient Scriptures and traditions states, that the four aims of life are to be accomplished by conducting life in four stages which are - "Bhramacharya, Grihastha, Vanaspratha and Samnyasa". The second stage, Grihastha deals with marriage and includes the goals of dharma, progeny and sex.  Thus, a human being would be able to  pursue Dharma (duty), Artha (possessions), Kama (physical desires), and Moksha (ultimate spiritual release), together.

Marriage is also considered an important aspect of this life’s journey.  That is different, if someone chooses not to marry.  This is completely fine, as getting married is not a compulsion.  Humans have the free will and they can exercise their free will, as they think it is appropriate for them.  Going for marriage does not solve the existential needs of a person.  Yes, it may take care of some of your needs.  These could be in the areas of physical, emotional, psychological, social or financial.

Marriage is a new way of life for both, husband and wife.  They both agree and are open to relook at their own individuality, so as to give space to accommodate a new lifestyle, as they start to live together.  They move from the status of single to becoming couple.  This translates that they need to shed away a part of theirs, so as to accommodate partner’s part.  But then this is not a onetime act, which is fixed prior to marriage and it stays the same way, forever.  Marriage is the beginning of a new relationship, which gets formed with amalgamation of two identities and lifestyle.  These two individuals bring forth, many individual attributes and beliefs, which they have been carrying so far.
Marriage is an attempt for an honest living commitment of two individuals.  This association requires daily nurturing, so that the trust, understanding, relationship and love stay intact.  It starts with two individuals but is not confined between husband and wife alone, instead, it spreads across families and multiple new relations get formed, on both the sides.  These then becomes an added responsibility to be handled with utmost care, in your day to day life.
This union under marriage touches all the aspects of life in its entirety and requires utmost care and attention.  At times, if due attention is not paid in a timely manner, most of the times unknowingly, it starts to create differences and gaps in relationship and impacts associated aspects of life.  These aspects could be health, mental or physical, family, goals, career, financial, social, love life and others.
We all acknowledge and understand that most of the aspects and infact all of these can be managed by us if we stay in a state of constant awareness.  It just requires some degree of awareness across all aspects of life and in the relationship.

It is all the more good if you are about to get married and are consciously taking steps to accommodate not only the person but everything which needs to be understood and managed well, post marriage. To be able to carve out the best times together with a partner is by acknowledging, accepting and allowing the other life to come in, so that you both may carve out a new life together, without diluting or attempting for the other identity to lose its originality.

Marriage is not about other listening to you, complying with you, making adjustments as per you.  No, instead, the way it works best is by accommodating each other’s personality and weaving a new path together, which both these partners have agreed to, at the onset.

You can only allow, if you have space to permit.  So, you need to create that space so as to accommodate others’ aspects too, the lifestyle and way of life.  And by the ways, who are you doing this for, your own companion; companion for life.  Companions are united to support each other in various spheres of life’s journey, by accommodating each others’ preferences, desires, way of life and living together.

Marriage is a way of life, beyond the way it has been perceived and is getting treated, with the passage of time.

Marriage is not just a decision, but a feeling of “being”, of togetherness and oneness, even though two individuals remain separate physical entities.  This gets strengthened through effective communication, understanding feelings and emotions of other person, trusting each other, respecting each other.  These are the basics which then opens door for happiness, peace, harmony & prosperity, which usually surfaces between couples and their family members, post marriage.

Two lives are consciously expected to work together, in the areas of managing physical, mental emotional and spiritual state, which are most effective for couples in their married life.

Marriage is not about making compromises, but it is an acceptance with love.  It does not mean that you do not let your partner know your ways and perspectives, but then it actually means to use the best feasible way to share the same and allowing the same to seep in.

Irrespective of the stage, time or journey you have been into marriage, relationship can still be worked out if that did not work in the past.  Yes, with time, lot of perspectives do gets formed and gets engraved as if those cannot be changed and there is no point. But trust me, if both the partners are open enough to consciously wish to give it a fresh look and start, then even then things can become fine, if not great.

Just be aware to a degree, so that your wheel of life keeps going with joy.  With time, post marriage, as you plan to bring in new lives out of you, then they too would adapt to the environment what you create for them.  Their learning, joy and perspectives too, get formed primarily through you both only.

So, stay open and a create an environment for others to experience life to their highest potential, but with a companion, from here on.
Acceptance Companion Happiness Joy Marriage Relationship Trust Wedding

Popular posts from this blog

What it takes to be successful ? Those who are successful definitely adopt and cultivate certain traits, unarguably. To some, these traits are intrinsic to certain degrees and the rest is what they cultivate, with time. For the rest, it does not pop up all of a sudden which they grab it and use it. Instead, they work hard until they realize, what works and those attributes are then imbibed and observed for results. Upon succeeding, those acquired traits eventually become their way of doing things and gets stitched in their working style. At the onset, the most essential constituent is the presence of a right mindset to learn or to be successful. This is coming straight from my own personal experience during my career across MNCs and presently while working as a Coach. In those who’re successful you would definitely notice almost similar qualities which make them successful. Though, the approach or methodologies may vary to certain degrees, basis the work they are involved i
Read more

Self Indulgence – Know Yourself 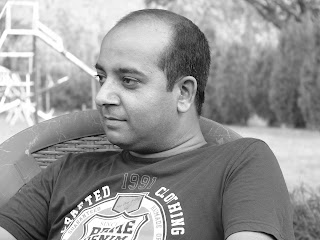 Umesh Upaadyay shares How well do you know yourself? Well, this is not the questions of those types, which means, who are you?  What is your sole purpose? Why are you born and related ones. Let us jump these off, sounding philosophical questions and at times the question which people may just ask off track from actually realizing what they’ve asked.      Coming back, so what’s a big deal in knowing self? You may ask and in the same breath state, you know yourself completely.   You very well know, who you are, when were you born, what all do you like and your dislikes are, how good you are in mathematics, who is your favorite actor, what happens when someone scolds you or when do you get angry and many more.    Knowing these, does that make you complete? Does this still address, who you really are?   Are these the constituents who you are?   You may ponder a bit and the answer would be, no, maybe not, not completely etc. You may argue and ask, so do I need to exa
Read more